After landing in Ireland we went through customs and got our luggage.  Everyone's luggage made it!!  We then went on to meet our guide Amber in the airport.  From there we waited for our bus to take us to our hotel. 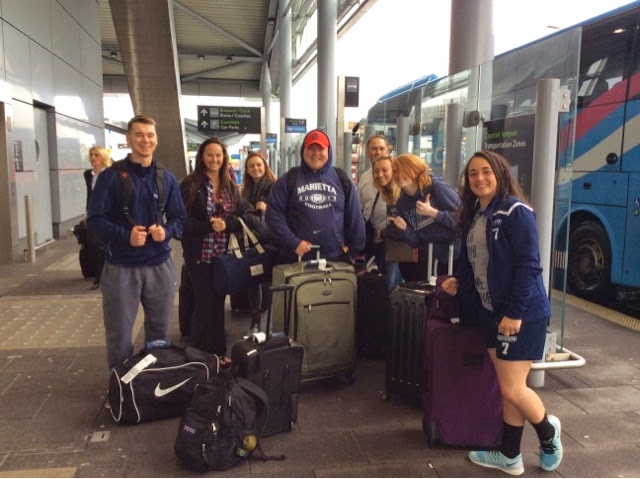 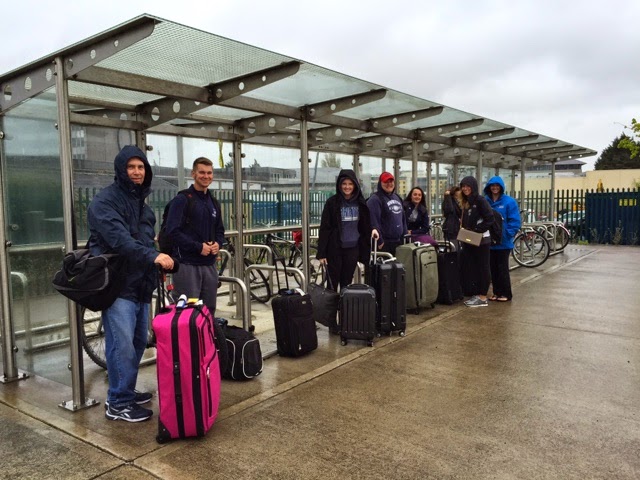 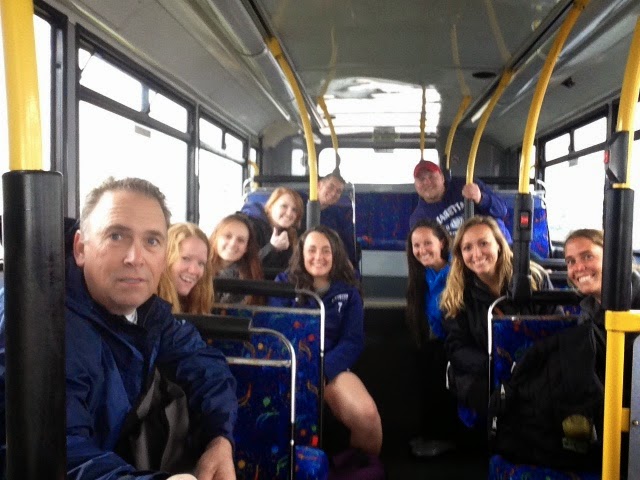 Behind Lou is our guide Amber.  Lou's first time taking the group selfie.
We arrived at Maple hotel to hear the good news that our rooms were ready!! 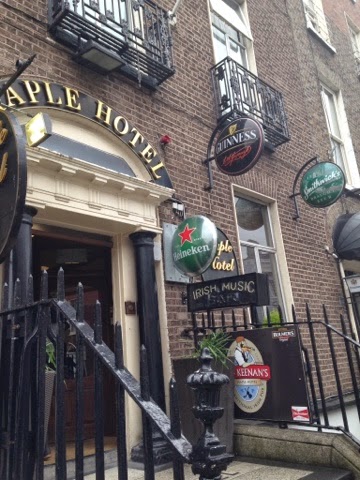 After quickly gettting situated we had a tour guide meet us in our hotel for a walking tour.  We learned right away that Irish weather is unpredictable.  During the tour it was rather cold and rainy, later in the day it was beautiful. 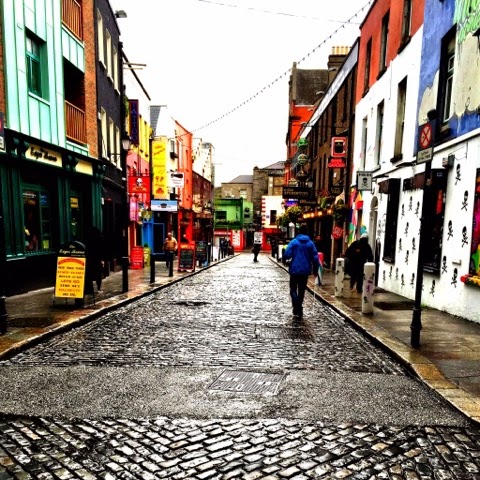 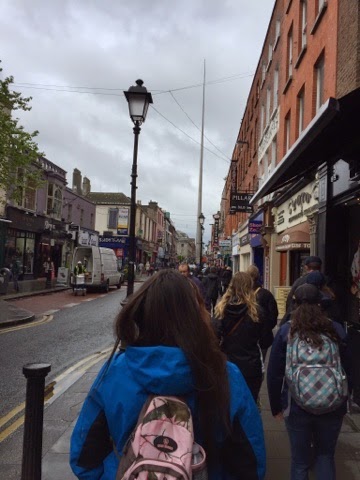 Donal was our tour guide who took us all around Dublin to teach us about the history of Dublin.  One stop was Trinity College pictured below among other places.  You can tell Donal was excited to be in the selfie below.  The Bell tower behind us we were told you need to avoid going under during finals or you would fail your final. Meant you were unprepared. After about 2 hours, Donal departed from us and we all headed off to do our own thing.  Some grabbed food and went back to the hotel to take a nap, others tried to fight off the sleep deprivation and go shopping. 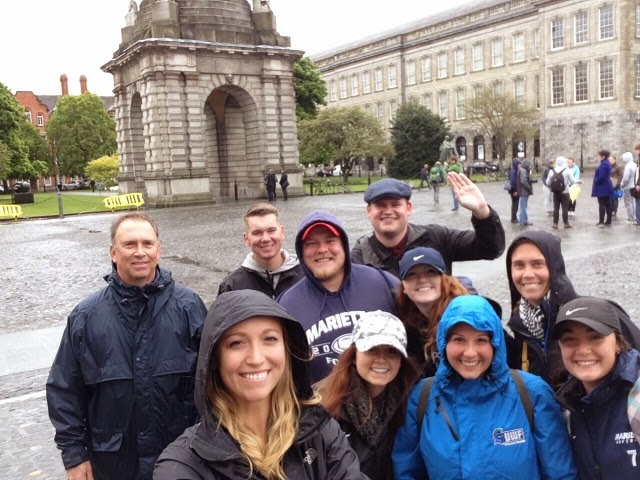 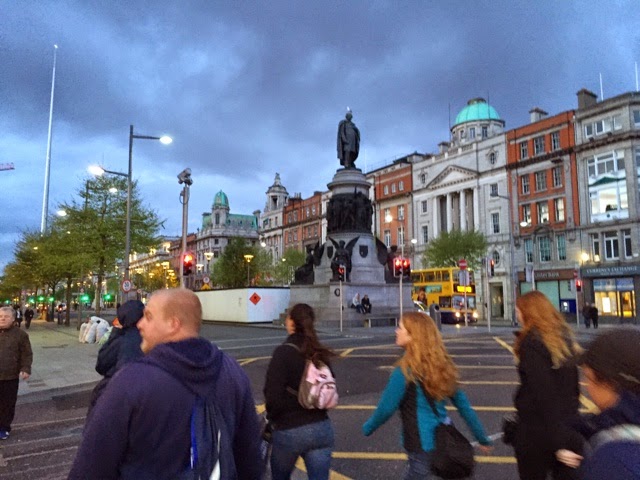 Around 4pm we gathered back together to head to the Guinness Brewery.  Once at the Brewery we had a head set tour in which our guide walked us around to tell both the history of Guinness and the brewing of Guiness beer. Along the tour we were taught the proper way to try a Guinness, marketing of Guinness and trying a pint of whatever Guinness made beer was on tap. At the top of the Brewery is the Gravity bar which has a 360 degree view of Dublin. The weather was great so we could see lots of landmarks. 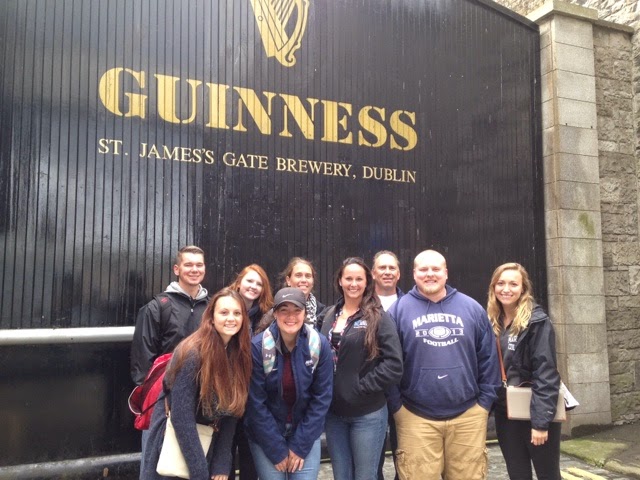 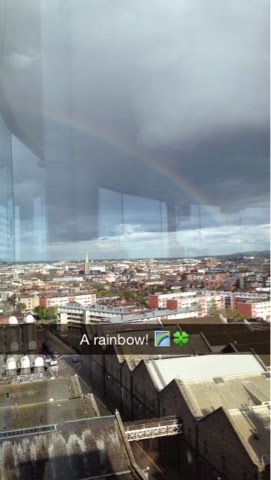 Rainbow seen from the gravity bar.
After finishing some souvenier shopping, we headed over to Brazenhead Pub which is the oldest Pub in Dublin.  We had a private room with a large table. 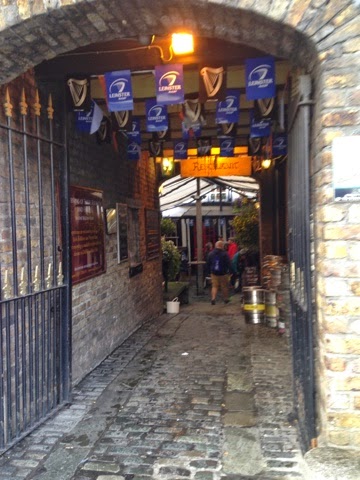 We were able to pick out our 3 courses for.  Some chose to try the Irish bacon which is more like ham, shepards pie, chicken or pork. 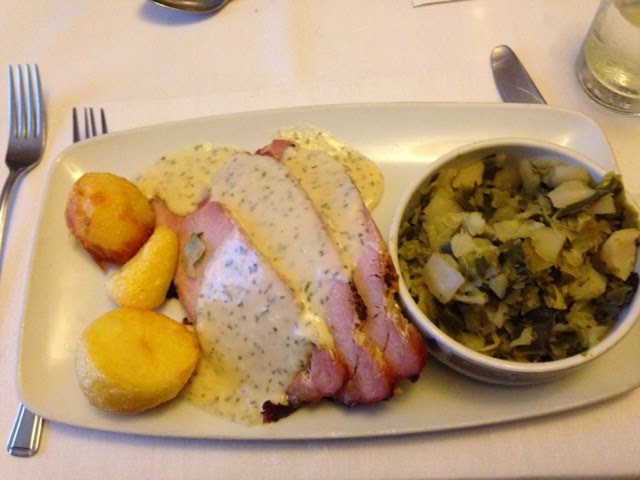 After a great dinner we walked about 20 min back to the hotel to call it a night.  Most everyone was exhausted and ready to get some rest!  Day 1 was packed but was a great introduction to Ireland!!
Posted by MCAT the Irish Way at 6:22 AM